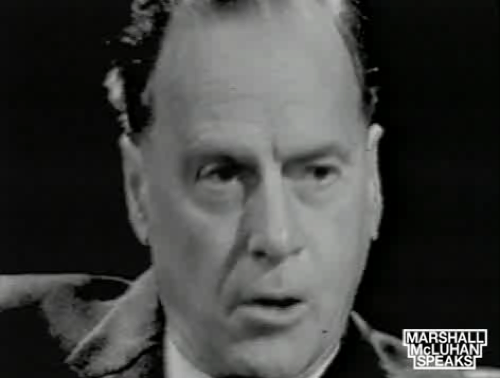 Sunday night, on the 4th of February 2018, I could stay awake: at 5am in the morning (Melbourne time) I was still happily watching the streaming transmediale in Berlin. I was drawn to the last panel ‘Confronting Social Cybernetics’ due to its cultural angle and determination to revisit Marshall McLuhan. After a video fragment from McLuhan’s famous debate with public in the 70s Katerina Krtilova in the panel suggested: the same Luhan’s statement ‘the medium is the message’ is to be reformulated for today with the focus on ‘message’ rather than the medium. The shift is clearly expressed by words in the title of the panel (Confronting Social Cybernetics). But armed with this very claim for confrontation under the overarching trope/ McLuhan’s legacy – ‘technology is not neutral,’ the session turned into a self-critical transmediale.

Ewa Majewska put forward ‘counterpublics’ and passionately talked about the criteria – counterpublics is embedded and contextualised in the production. Jonathan Beller deliberately took a ‘negative’ world-view that resonated with the title of his newest book The Message is Murder: Substrates of Computational Capital (Pluto Press, 2017). Yet the provocation that was leading to forum and self-criticality came from the moderator: Baruch Gottlieb in his flexible and rather light style (with inspiration from McLuhan?) picked a mirror image by pointing to talks of ‘cocktail parties’ and scholarly circles who were ‘well-fed’ by the conference, and at the same time, he enquired into failures to ‘accomplish social change.’

Soon a voice from transmediale’s audience reflected upon alienation by the language and gathering of the agents of language who seemed to congratulate each other.  One participant wanted to do ‘stuff’ with people in the room and proposed to look for alternatives to the ‘aboutness’ of the discussion format. Another suggested being ‘present’ because the criticisms at transmediale, such as ‘one cannot see art’ stressed that we were too hung up on the form of something. Yet another participant insisted to forget about McLuhan and cited a couple of German news reports about transmediale that were predominantly interested in form:  not about medium-as-message, but the form in the festival – good-looking audience and hipsters. Then, another member of the audience appreciated that transmediale had put the chilling issues like current rise of fascism on the table so they can be addressed.

The commentary resembled the genius question to McLuhan included in the historic video that was played at the start of the session. In 1977, McLuhan debated live on Australian TV before a large audience; the lady featured in the video phrased her question this way: ‘If the medium is the message and it doesn’t matter what we say on TV, why are we all here tonight and why am I asking this question?’ (see Marshal McLuhan ‘The Medium is the Message’ Part I, Monday Conference on ABC TV, 27 June 1977  07:06).

This self-reflective point from public enquires into the value and meaning of social activity and agency when the social environment is shaped by media complexes. Even more so, the question started echoing the very theme of transmediale 2018 ‘face value.’ The notion ‘face value’ indicates the problem of misleading value perceptions, according to what is printed or what appears to be, and points to the invisible side of media systems from Wall street finance to extreme right-wing ‘counter-cultures.’ Is it also a question about what transmediale itself appears to be and is? And how it accomplishes the ‘message’ of confronting?

But there is more to say about the video, if you continue watching the compelling documentations of The McLuhan Project on abc site. McLuhan talked about the concept of violence. Violence as encounters and self-expressing quest for identity, and media as a massive way of identity making: ‘Today when you trigger these vast media that we use you are manipulating entire population’ (see Marshal McLuhan ‘The Medium is the Message’ Part I, Monday Conference on ABC TV, 27 June 1977  08:30).

Thus, violence is the principle of media activism and ‘counter’ movements for social change. Dealing with violence amounts to enforcements of (new) identity and shaping of ‘the message.’ Violence also characterises criticism. All instances of journalistic – including art – criticism and reviewing tend towards violence, and that is – expression of their identity through their particular perspective. I do not believe that Art Review (artworld’s flagship magazine) would be more empathetic in its approach to transmediale than German mainstream newspapers. When asked, McLuhan replied that the alternative to ‘violence’ is ‘dialogue’ [1]. If the logic of dialogue is replaced by media activism (confronting) and is rather hard for criticism, it should be the defining logic of social activity, and what the transmediale participant identified as the need for ‘being present.’ 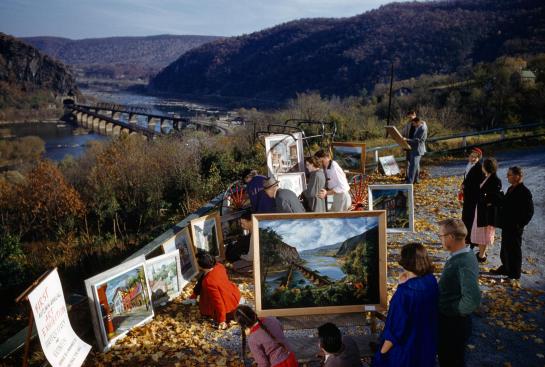 I would like to pick up discussion from my last post about McLuhan’s “medium.” I realize that by pointing out the twofold perspective on “media” I do not address their importance to try to verify the applicability of the famous imperative “the Medium is the Message.”  Objectivity of the physical medium and cultural media does not simultaneously stress their importance. Important for whom, when?

The 21st century, and notably, the second decade of it has really started to take the Western world out of its comfort zone. And one of the questions is about the kind of cultural practice we need. We live in time of ongoing wars and anticipation of catastrophe – whether ecological or economic, when we can visually correlate all these phenomena – wars, capitalism, environmental destruction. This time is filled with a lot of confusion but also thinking, and reconsideration of values. I will not discuss here the new wave revolving around the theme of climate change that we hear in cultural institutions on daily basis; more interesting is the question about what should now be the philosophical formula for art if it is considered as cultural work.

This formula, in my opinion is a balancing act. This means a cross-over of philosophical perspectives. If we go back to McLuhans medium as total interconnected world – even if it may not be necessarily interesting or even immediately relevant from the position of subjective experience we need the view of objective world to start understanding the relationship between the human and environment: to seriously address the stakes for sustainability. Environment which is physical and cultural as McLuhan’s media. On the other hand, contemporary art has been traditionally, in the postmodern era, getting its inspiration from phenomenology, linguistics, structuralism. I believe that the idea of “the extensions of man” in McLuhan’s sense has something in common with phenomenology / studies of perception but they seem to have different purposes or perhaps practical implications.

The balancing act seems to be needed between the subjective and objective in order to be able to extract meaning, the particular meaning which works in current conditions. I cannot resist mentioning the politics of media art and fine art that have built two different camps for art histories. One of these camps is new media art, which through the means of technology or social practice, considers and confronts environment – physical and digital. Until recently this has been perhaps too “unhuman” for the governing mindset in fine art. Of course, in fine art also the artists have played with the “absence of subject” as something that has been produced by the Anthropocene condition (see my earlier post about art in the Anthropocene). My point is that the aspect of objectivity-as-environment (although imperceptible at its extreme) is required for the subject to mirror oneself or mark a distance – impossible as it seems – necessary for reassessing the values.

If we consider the interrelation – human-environment then “subjectivity” which was the focus of Félix Guattari, indicates this dynamics and possibilities for practice. Guattari purposefully excluded the term “subject” from his theory – and dedicated his whole attention to the matter of subjectivity production. It was about mutation, shifts and imagination, which pushed human existence out of scientific reference system towards other ecological horizons [1]. And finally McKenzie Wark has been expressing a similar thought to what I mean by balancing between philosophical perspectives and inclusion of the aspect of objectivity-as-environment. In Molecular Red: Theory for the Anthropocene he suggests that the early 21st century critical thought has desire for life in two main ways: one is a kind of “revolutionary subjectivity” – the other is a kind of “speculative absolute, a theory purified of any merely human phenomenal dimension” – in other words, radicalized subject and absolutized object; yet he further seeks the middle cut, the media which mediates between and delineates object from subject [2].